The basic objective of Fintecom Sp. z o.o. in Poland (the service owner of the England.pl) has always been to provide the best, the quickest and the most professional customer service because the client has always been our top priority. We are also keen to listen to our customers. However, we realise that with such a large number of customers and transactions some misconceptions may arise, and this is where our principles for processing complaints come in. The quick processing of complaints is a major element of our approach to customer service.

Complaints filed with us are considered in accordance with the Act of 5 August 2015 on the Complaints Handling Procedure by Financial Service Providers, and the Financial Ombudsman (Journal of Laws of 2015, item 1348). At Fintecom we consider customers' complaints relating to actual unauthorised payments, requested payments that have not been transferred or have been transferred improperly. We also investigate other customer concerns relating to our services.

A customer dissatisfied with the quality of our service may file a complaint:

What happens when we receive a complaint:

At England.pl service complaints are considered fairly, thoroughly, in a timely manner and objectively, and in compliance with universally applicable laws as well as good practice.

The member of staff responsible for handling complaints establishes the relevant facts relating to the issue raised, and in particular, contacts the other service providers who themselves carry out transactions or who are involved in carrying out transactions, in order to determine whether or not the irregularities are attributable to those service providers.

Where a complaint relates to irregularities in the provision of payment service by Fintecom, and the customer paid funds to Fintecom to carry out the transaction in England.pl service, Fintecom's staff member will contact the customer to seek to agree the most convenient solution for the customer.

If a complaint is filed by a customer being an individual who has not entered into an agreement with Fintecom, the customer, within 7 days of filing the complaint, will be provided with the following information:

In each case a response to the complaint will be provided without undue delay and at any rate not later than 15 days after the receipt of the complaint. The time limit will be deemed observed if a response is sent by the expiration of such time limit.

If a complaint deals with a particularly complex matter that prevents the complaint from being investigated and a response being provided within the time limit of 15 days, Fintecom will notify the complainant of:

Where the 15-day time limit is not observed or, in particularly complex matters – the 35-day time limit, the complaint will be deemed to have been resolved in favour of the customer.

Response to a complaint:

A response to a complaint will include:

A claim made in a complaint resolved in favour of the customer will be promptly fulfilled by Fintecom, however not later than within 30 days of the drafting of the response.

Where requests contained in a customer's complaint are not granted, the response to the complaint will comprise, in addition to the information specified above, instructions on the possibility:

Complaints can be sent to the address below:

Revocations can be sent to:

You'll get the best rates during working days, 10-18 Polish time

You'll get the best rates during working days, 10-18 Polish time

Enter amount and check your rate Make a transfer 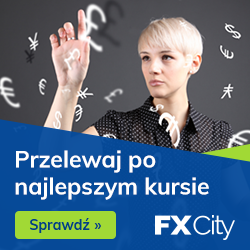 Fintecom Sp. z o.o. in Poland, trading as England.pl, is an Authorised Payment Institution supervised and regulated by the Polish Financial Supervision Authority (KNF) to carry out payment services under the EU Payment Services Directive under KNF licence number IP4/2013.